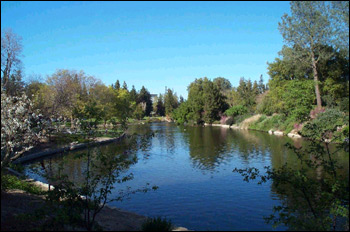 The University of California, Davis is located in Davis, CA, an affordable, bike-friendly city in California's Central Valley with a population of ~56,000. The 5,146-acre campus is surrounded by rich agricultural fields and includes an arboretum with a 2-mile footpath along Putah Creek. Davis is located within 2 hours driving distance of many Northern California attractions including San Francisco, the Northern California Coast, Napa Valley, the Sierra Mountains, and Lake Tahoe. Davis has the largest number of bikes per capita of any city in the United States. UC Davis thus combines an intellectual atmosphere with a relaxed, comfortable environment outside the laboratory. This combination makes UC Davis a uniquely attractive place to pursue a graduate degree in Pharmacology and Toxicology.

UC Davis offers both a full range of undergraduate and graduate programs as well as professional schools in law, management, medicine, and veterinary medicine. It is the largest of the ten UC campuses in acreage, second largest in budget, and third largest in enrollment. Graduate studies at UC Davis offers over 87 graduate degree programs, giving UC Davis the most diversified teaching faculty and curriculum in the ten UC-campus system. UC Davis has a total enrollment of over 30,000 students. Of this number, approximately 4,000 are engaged in graduate studies with approximately one-third of those enrolled in a discipline relating to biological science. Our faculty and graduate programs attract highly qualified students from diverse educational, social, ethnic, and cultural backgrounds.

The City of Davis

The City of Davis has a population of ~56,000 and it is an environmentally-conscious college town located in California's Central Valley. The land surrounding Davis is some of the richest agricultural acreage in the state. Farmer's Market is held twice a week in Central Park where local farmers sell their goods and produce to the community. The City of Davis has over 90 miles of bike paths, more than 2 dozen tennis courts, 3 public swimming pools and beautiful parks. 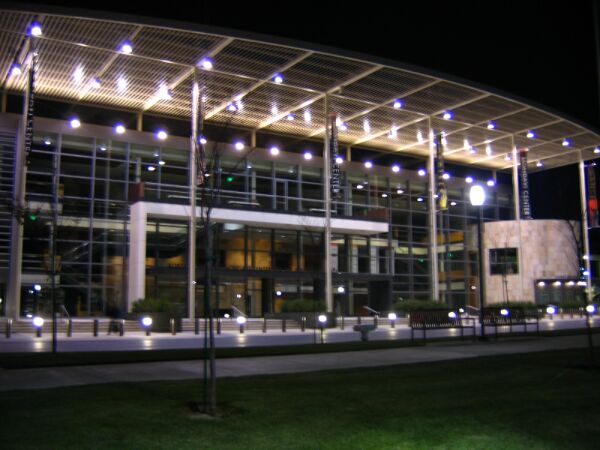 The City of Davis and the University community share in many enjoyable cultural activities and events. The Robert and Margrit Mondavi Center for the Performing Arts opened on campus in 2002 and has attracted world-class performers, artists, authors and distinguished academic speakers. The ASUCD Entertainment Council sponsors performing groups at the Coffee House and Freeborn Hall, lectures, films, and free noon-time concerts on the Quad. The campus holds various festive annual celebrations, including the Whole Earth Festival and Picnic Day.

Some of the favorite locations of graduate students in Davis include Mishka's Cafe, Sophia's Thai Kitchen, and Delta of Venus. Graduate students are known to frequent trivia nights and ultimate Frisbee tournaments.

Davis Wiki: An extremely helpful comprehensive community wiki for the City of Davis

Davis is located in California's Central Valley, within driving distance of a number of attractions from one of the most beautiful coastlines in the world to the stunning Sierra Nevada Mountains. Davis is 12 miles west of the capital city of Sacramento, 75 miles east of the San Francisco Bay Area, 120 miles west of Lake Tahoe, and 40 miles from Napa Valley.